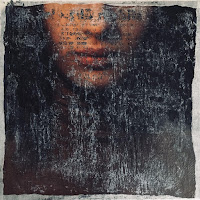 
Mono/Stereo, distributed in a joint-venture with Italian cult ambient-oriented label Silentes/Oltrelanebbiailmare, is a concept album in which the polar concepts of isolation and sharing constantly follow one another.
Featuring a more acoustic focus compared to Lullabier's previous releases, it takes slowcore and dream-pop, and tunes them to a more intimate kind of songwriting. Folk-infused arrangements and minimalist structures flow throughout the album, guiding the listener across nostalgic and contemplative feelings.

Limited edition compact discs, which come in a triple digisleeve folded in printed tracing paper, with collages by Stefano Gentile and layout by Deison, are available from the link provided below. 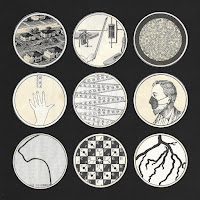 Love In The Time Of Covid is an evocative benefit compilation in which an all-star team of musicians join forces to raise funds for the World Health Organization (WHO). It features only previously unreleased recordings by some of the most relevant acts from the slowcore, dreampop and drone-rock scenes.
The amazing artist roster - in order of appearance - is Dean Wareham (Galaxie 500, Luna), Idaho, Pall Jenkins (Black Heart Procession), Mark Rolfe (Lorna), Lycia, Matt Christensen (Zelienople), Jessica Bailiff, Barzin, Jon DeRosa (Aarktica), Chris Brokaw (Codeine, Come), Remora, Yellow6, Shores, Lullabier, Thorn1, If Thousands, and Coastal.
All proceeds will go to the COVID-19 Solidarity Response Fund (covid19responsefund.org), supporting WHO’s work to track and understand the spread of the virus, to ensure patients get the care they need and frontline workers get essential supplies and information, and to accelerate research and development of a vaccine and treatments for all who need them. 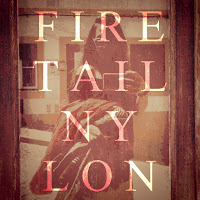 
After a 3 years hiatus, Firetail (the drone music project of Andrea Vascellari, being more known with regard to his slowcore alterego Lullabier that has shared the stage with the likes of Low, Matt Elliott, Spain and many others) resurrects with Nylon, a brief EP which ringing and echoing chords are often buried under glimmering soundscapes of chilly tones.

All the songs have been played using just a classical guitar and a few stompboxes, and everything has been recorded in one single take. 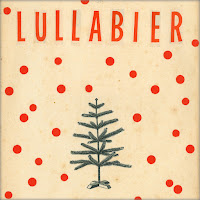 
Lullabier, without sleigh and flying reindeers, brings presents of dream-pop & slowcore & drone & minimal-folk, to help melt the snow that is getting ready to cover us. He teamed up with artists like Faro and Brian John Mitchell (Remora, Small Life Form) and recorded a brief but intense EP, bringing new life to a couple of his early singles and reworking classic Xmas songs such as Stille Nacht and Just Like Christmas. 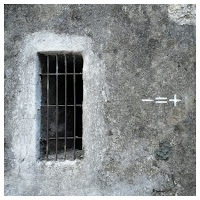 
Under the moniker Lullabier, Andrea Vascellari has amalgamated since 2009 his slowcore, dream-pop and alt-folk influences with the tradition of Italian songwriting, releasing many records and sharing the stage with international artists such as Low, Spain, and Matt Elliott.

Lost In Translation is a summary of what has been done so far, but also a new beginning: Lullabier asked to favourite Anglophone musicians (members of Lycia, Lorna, Remora, Rivulets, Shores, Zelienople, Tram, Dakota Suite and Coastal, in tracklist order) to translate into English the Italian lyrics of some songs from his previous albums. These songs were then rearranged using primarily acoustic guitar, vocal harmonies and ambient substrates: the result is a coherent set of minimalist folk lullabies, following, more than ever, the principle of "less is more". 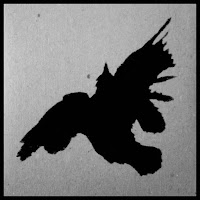 
Firetail is the one man project of Andrea Vascellari, who is being more known with regard to slowcore project Lullabier that has shared the stage with the likes of Low, Spain, Rivulets, Boduf Songs & Jessica Bailiff. With Firetail he abandons a subdued, austere singer-songwriter concept, instead of it using guitars and effect processors to build soundscapes.

So Far is the complete collection of Firetail singles, EPs and compilation tracks. It compiles every song released by Firetail since his birth, and includes a previously unreleased track (Narcolepsy).